surrounding the use and composition of tea tree oil, what are they?

Like any other myth, some things are too good or so awful, (like growing hair on your chest, a plus for some men and possibly oh so negative for a woman.) that imaginations run wild. We'd often like for myths to be true, but they are not! They usually exist to explain some natural phenomenon. For instance the Indian belief that the world was supported by four elephants riding on the back of a turtle.

Tea tree is no exception. When it comes to value, some alternative remedies are over rated or exaggerated so far as to claim it will cure just about anything, or even grow a new limb or body part.

The fact is, we all wish for more miracles in our lives. I'll list some of the more common and recent myths associated with tea tree oil, along with some of the standard ones.

The myths can typically be divided into two groups, household and therapeutic.

The second group concerns the components of tea tree oil, where it comes from, and names of tea tree and tea tree type products.

There are a lot of companies that promote their natural products as having miraculous results, while others proclaim the disastrous side effects.

What I hope this page will do for you is to help you sort the tea tree oil myths from the reality. Come, let's reason together to make an informed decision about how to safely and effectively use tea tree oil, and discover the real benefits and dangers along the way. 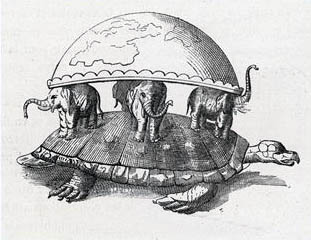 This condition, also called Prepubertal Gynecomastia (breast development), is in the news lately because of a study based on 3 boys from the same town who all used shampoo or soap with trace amounts of lavender oil.

Only one of the three boys used a product that also contained tea tree oil. No other environmental factors were considered.

There are over a thousand everyday foods and products that contain estrogen like substances, including soy, licorice, hops, sunflower seeds, alfalfa sprouts and ginseng. For a detailed rebuttal of this myth by the Australian Tea Tree Industry Association go here...

2.) Tea Tree Oil is all natural, so it must be safe

Many products are all natural and very unsafe. A very small number of people have experienced allergic reactions to tea tree oil, even at low concentrations. If ingested, tea tree oil can be poisonous. The amounts used in dental products such as toothpaste and mouthwash are considered safe since they are spit out after use. For more information on dental benefits click here.

3.) Tea Tree Oil takes the place of all other antibiotics

Sure, it has been noted that tea tree oil has some antimicrobial properties, but it is toxic when ingested. It can only be used topically, so it has limited potential and will most likely never replace antibiotics, especially those used internally.

There are lots of antiseptics available, some are stronger and some are not, but almost none of them are natural nor do they cover the same all of the same organisms handled by Tea tree oil. Also, few if any antiseptics penetrate the skin like the oil from melaleuca alternifolia.

Tea Tree Oil is great for some conditions, but should not be considered the only or the best of them all.

5.) Tea Tree Oil is the same as Chinese Tea Oil, and all other tea tree oils.

Whoah! Not so fast pardner...There are at least several varieties of "tea tree" oils, and several hundred varieties of melaleuca, not all of which are from Australia alone. Some come from New Zealand, like manuka or kanuka oils.

In reality, tea trees and melaleuca species grow all over the world in similiar climates.

Some of them are really beautiful landscape plants and others have become a pest like the variety in Florida that is taking over.

By the way, scientists have recently introduced a beneficial insect from overseas to combat the rampant spread and degradation of Florida swampland.

7.)Tea Tree Oil is made up of 48 different compounds

Actually, no. In reality there are far more. Something near 100 compounds have been identified in tea tree oil.

8.) Tea Tree Oil is better when the terpinen levels are higher than 40%

The standard for Tea tree oil is at least 30% terpinens, and anything higher than 40% has shown little additional benefit. 1,8 cineole is also known as eucalyptol, and is not a skin irritant. It is used in many essential oil products, and I've seen it listed on the back of theListerine mouthwash bottle list of ingredients.