In a magical lagoon, the healing waters were infused with the refreshing scent of
Australian Tea Tree oil....

It is the home of Australian Tea Tree Oil. The Aborigines of New South Wales, Australia held the waters of Bungawalbin Creek with a bit of mystical reverence. The name meant something like "healing ground", and they believed the water held some sort of magical power.

The leaves of the Australian Tea Tree or melaleuca alternifolia, would fall into the water and decompose on the ground, and the tribes would use the mud and the waters to treat various ailments.

Now, fast forward several hundred or thousand years to about 1770, the year that Captain Cook came to the region along with botanist Joseph Banks. 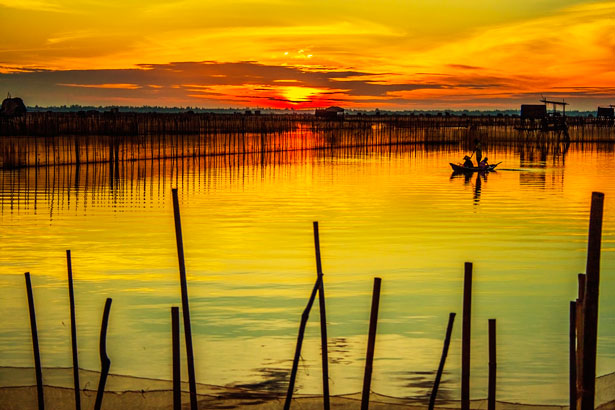 All kidding aside, they saw the locals using the leaves and twigs as tea to treat illnesses, and brewed up some of the pungent tea to give to their crew for scurvy.

Please, whatever you do,don't use Australian tea tree oil for tea, the refined oil is not meant for internal use!

This link takes you to a pdf. file where several cases of poisoning occured after ingesting small amounts of tea tree oil. Some of the cases report involving less than a teaspoon of the pure oil.The amount found in toothpaste, mouthwash, and other dental products is not intended to be swallowed. The amount found in the tea is what occurs naturally in the leaves, and again, only very small amounts are involved.

It takes about a ton of tea tree branches and leaves to make 5-6 litres of Australian Tea Tree oil. As far as I can gather, a ton (or tonne) is roughly 1000kg or 2240 lbs. As you can see, it would be difficult at best to ingest enough leaves and stems to get even close to the equivalent refined Australian tea tree oil at which poisoning occurs.

They also used their tea in beer...don't ask me why. Obviously, this must not be a modern day taste sensation, given the huge void and overwhelming silence of the beer drinking world and the lack of Tea Tree as a flavoring agent!

Contact Us for where to find the Best Tea Tree Oil Anywhere!

The growing European population observed the use of the plant in various poultices, brews, and concoctions, and since most had little or any medical or botanical training, scientific research and documentation was limited.