by by: Lorinda Jackson
(Alberta, Canada) 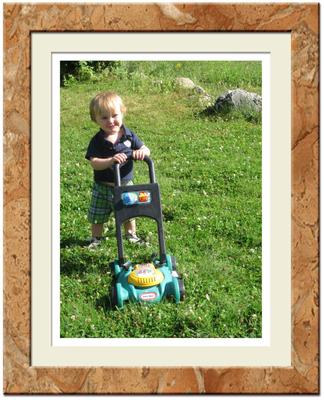 When my daughter was 8 months old, she developed a yeast diaper rash. I was given a prescription for hydrocortisone cream and an industrious barrier cream.

I used it faithfully every diaper change, after a bath, ALL the time. That rash was so persistent. The cream would hold the infection at bay but not completely cure it. I was doing the best I could with the use of the prescription, not contaminating the tube and applying faithfully. She cried so much and it was hard for me as a mother to watch her suffer. I used it for 6 MONTHS without a halt!!! It was also very expensive!!

THANKFULLY, in my most doubtful attempt, my mom-in-law told me to try the tea tree oil on the rash. I was a little scared as to how it would sting with open sores. We tried it anyway, knowing the healing effects of the plant. She didn't cry AT ALL when we applied the pure 100% essential oil right on the open sores. We used it sparingly at first and saw that she didn't mind the application so we covered the whole area. No kidding, that rash was completely gone in 2 days. It was a miracle! After just ONE application, it even looked better than the effects of the cortisone cream after 6 months!

I now use it on my son's diaper area, and his bum looks so amazing! I just use it occasionally on him after bowel movements, it smells so nice and it's disinfecting as well. I change other babies diapers and are amazed that all of the babies have red spots all over them and the parents aren't telling me they are concerned for their rash. My kids have had no rashes (more than a diaper change length of time) since using the tea tree oil. I want to use the tea tree on these babies but their parents are skeptical that it will irritate the skin, so I just leave them spotty.

Hydrocortisone has very dangerous side effects, including inducing asthma (which my daughter does have now, though not sure it it's the reason). If Tea Tree oil is gentle enough for a babies bottom with no skin irritation, I am sold for life.

I use it for everything I can think of and have other amazing stories as well.

You can purchase Natures Sunshine Products with confidence through this site